Katrina Pinchen
Practice Sales
Katrina joined Dental Elite in June 2013 and has become an integral part of the practice sales team ever since. Katrina’s background prior to Dental Elite was in the management of dental practices, having worked her way up from Dental Nursing she has worked as a multi-site manager for a small orthodontic corporate and prior to that as Operations Director for a growing dental corporate across Yorkshire.
Email Katrina Pinchen direct 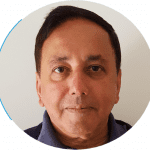 Which consultant in Dental Elite did you work with?

“My representative was Katrina Pinchen, who was not only very helpful and informative, but incredibly supportive during the sale. I’m very pleased with the service that I received.”

What was your biggest fear prior to marketing the practice?

“I wouldn’t say I had a fear as such in the lead up to the sale, but I certainly wasn’t fully aware of what the process entailed and I must admit that took me slightly aback. I thought it would be like selling a house! Looking back, I should have researched a bit more before selling the practice – but you know what they say; hindsight’s a wonderful thing.”

How far in advance of marketing did you have your valuation?

“There wasn’t much time really between the two, but as I said I didn’t do much in the way of preparation personally, it was all taken care of by Dental Elite.”

How did you prepare for viewings?

“For confidentiality purposes Dental Elite made sure that all viewings were arranged for weekends, which thanks to the team’s organisation and flexibility, didn’t take up too much of my time.”

How quickly did you accept an offer?

“I received a number of bids in close succession, but after mulling over my options I accepted an offer pretty quickly.”

How did you find the due diligence process?

“Luckily I already had all the paperwork ready, but if I had known beforehand what the due diligence process involved I would have organised it all differently. Not that I found it a difficult process for it was a matter of collating everything together, but the buyer’s solicitors were very particular about the way in which they wanted the information presented, and that’s what slowed me down at times. A prime example of this was my accounts, which were provided on one annual statement rather than broken down into months. This set the transaction back as my accountant had to go back and do them again.”

Did you have any other problems?

“In addition to delays caused by due diligence, the sale was also set back as a result of not meeting our UDA target. Fortunately, we were able to postpone and catch up to where we needed to be, which worked out well as it meant there were no breach issues.”

Have you stayed on in the practice?

“Part of the deal was that I stay on until December so for now at least I’m still practicing. Thereafter, it’s up to me whether I stay on part-time or retire, though I won’t make this decision until much closer to the time.

What advice would you give to future sellers?

“If I could go back and do it again I would do two things: Do my homework before putting the practice on the market and spend more time on marketing – the latter of which would have generated a higher completion price if I’d dedicated more time to maximising my practice’s potential. My advice to vendors would therefore be to plan well in advance and learn as much as you can about the process – not to mention to keep on track with UDA targets!”

When did you tell your staff?

“As advised by both Dental Elite and my legal team I didn’t tell my staff until I was sure the exchange was going through, as I needed to be 100 per cent certain that the buyers would be taking on the existing staff. Plus, I didn’t want to cause unnecessary panic and worry, so it was for the best that I told them when I did.”

Why did you choose Dental Elite over others?

“I first met Dental Elite at BDIA where they were presenting a lecture on practice sales and acquisitions. Impressed with their experience and knowledge of the market, I decided to give them a call. And I’m glad I did, because not only was Katrina very supportive, but whenever there were hiccups she came up with a solution straightaway. The whole thing went relatively smoothly really.”

“Our representative was Katrina Pinchen, who proved to be invaluable to the process – especially in the initial stages of the sale. The help of a good agent should never be underestimated, and I am happy to say that every aspect of the transaction was taken care of.”

“Having an open bidding process worked very well for us, as it encouraged the interested corporates that were bidding against each other to up their game. It also meant that we were able to discuss some of our terms openly, which allowed us to select the corporate that best suited our personal needs. After around two weeks of toing and froing of offers and negotiations, which Katrina and Thomas Morley helped us to navigate successfully, we accepted an offer from one of the corporates that we are very pleased with.”

“Having been through the early stages of the process three years ago when we were looking to sell but abandoned the sale due to personal reasons, we were mostly concerned about the amount of work that would be involved, especially with the due diligence. Luckily we were well prepared so it wasn’t as bad as it could have been, but it was still hard work.

“Katrina played a key role in this, taking care to give us the due diligence list early on so that we would be able to get a head start. By the time an offer had been made, all the required documentation had already been collected together, helping to save valuable time and prevent delays. If Katrina hadn’t have prepared us, the due diligence process would have been a nightmare.”